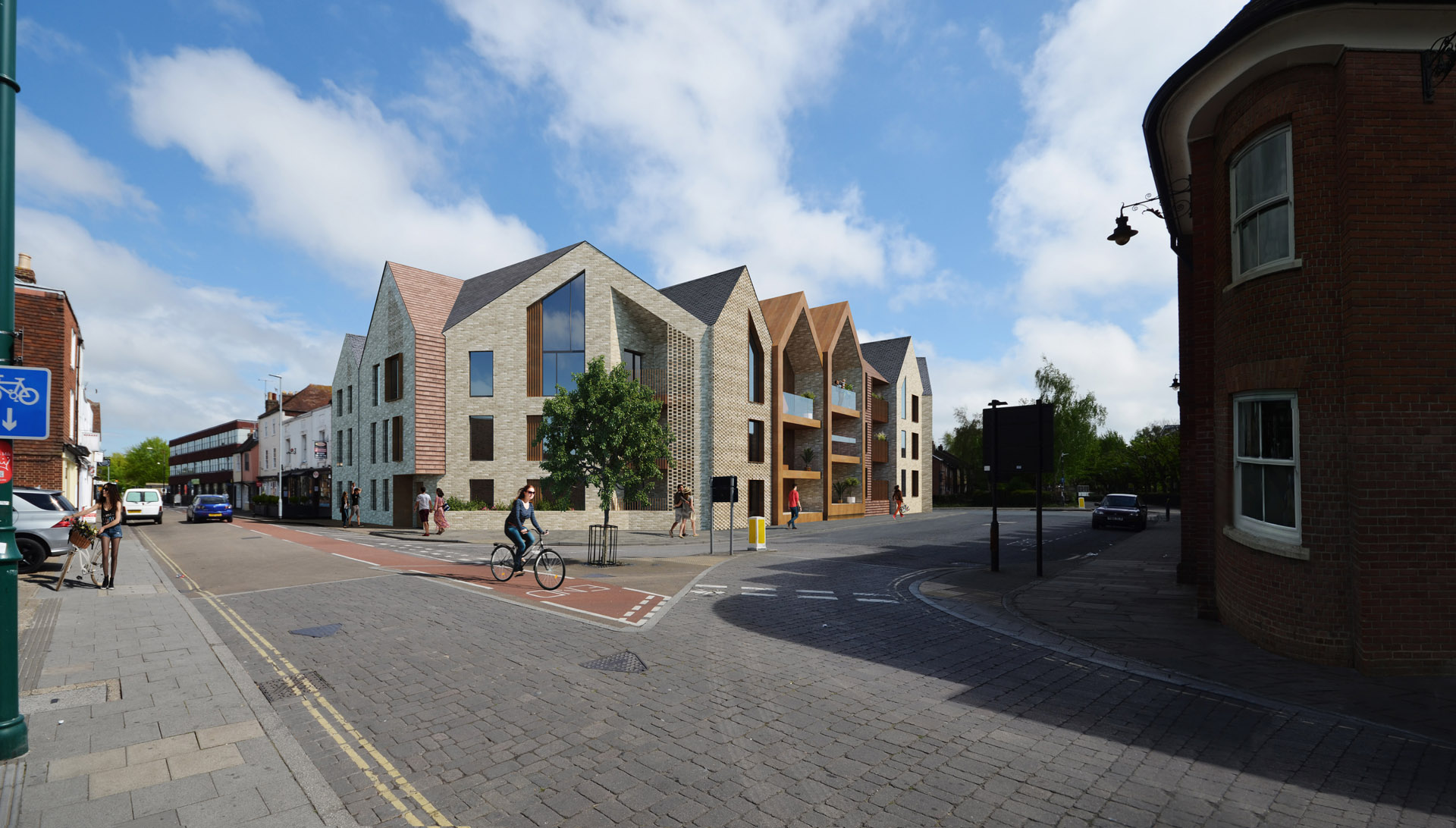 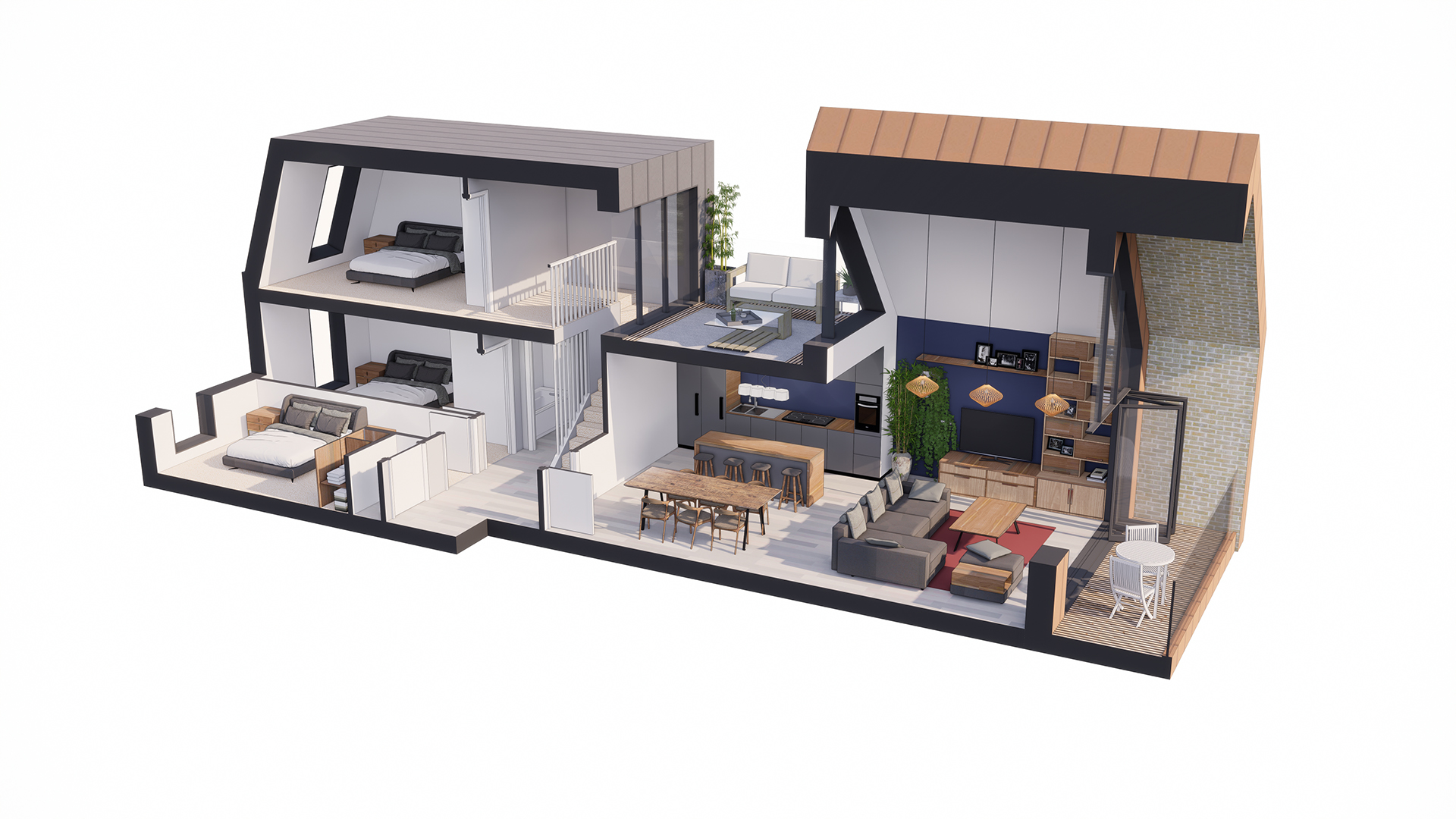 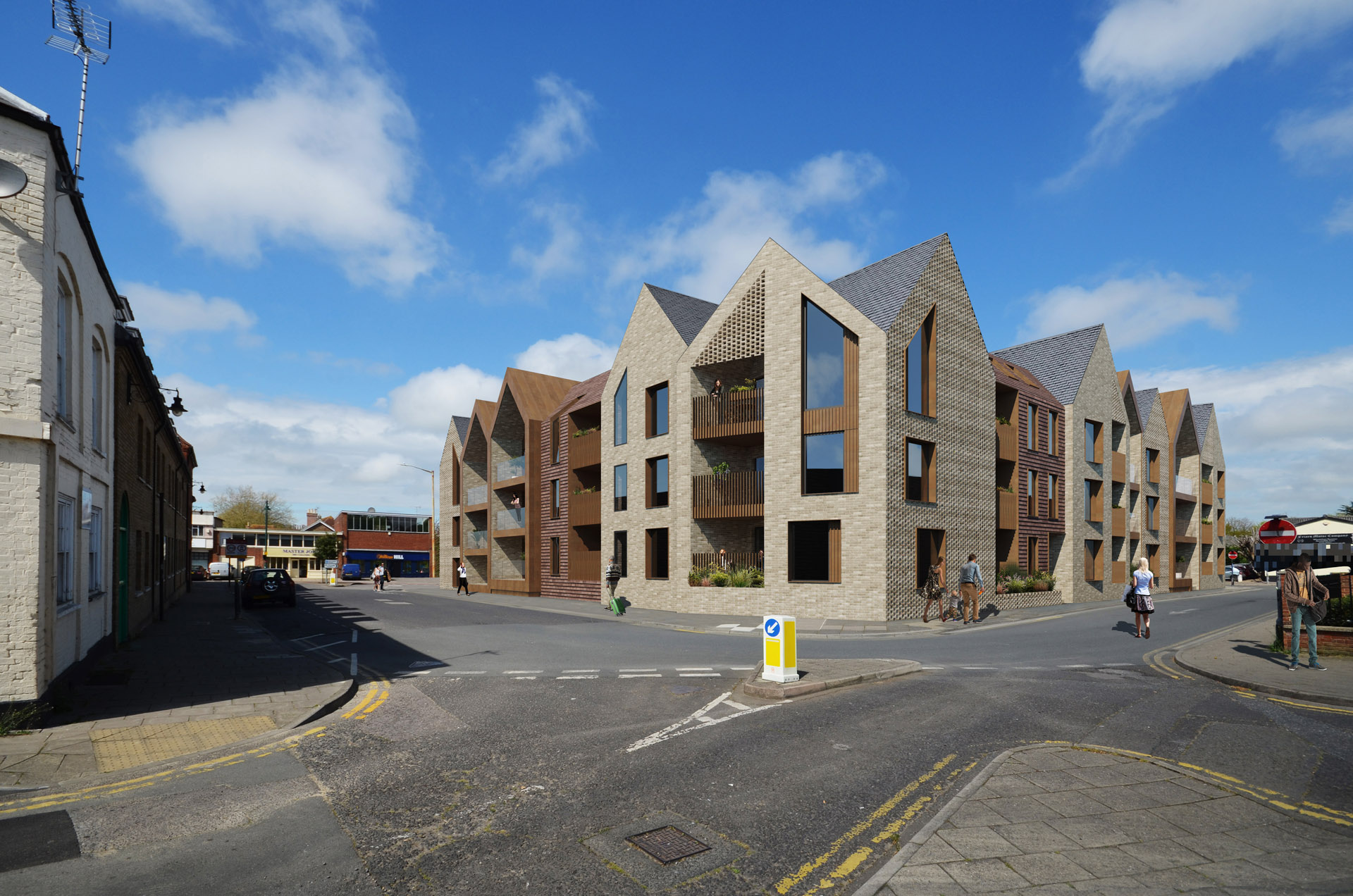 The Historic city of Canterbury – a UNESCO world heritage site – has awarded planning permission to our design for a development to replace the dilapidated Fiat Garage on Northgate. The scheme passed with unanimous support from the local planning committee.

A sensitive approach has been taken to the redevelopment of the site, with several archaeological studies undertaken and local heritage groups consulted. The resulting scheme takes its influence from the eclectic roofscapes which are typical of Canterbury’s medieval architecture. The assorted gables and pitches have been used to create the impression of tall, narrow plots – reflecting those which populate the surrounding historic streets.

The scheme of 35 generously sized 1 to 3 bed flats sits in an area of historic sensitivity in Canterbury. Previously home to a square of terraced houses, the street was damaged during WWII and the site was left open – to be later used as a petrol filling and car sales garage. Parts of the block which sustained less serious damage during the bombing are among the many listed properties in the area.

The new mixed sized homes, which cater to a variety of demographics – suitable for working couples through to growing families – aim to assist in restoring Canterbury’s local character and history whilst, at the same time, being contemporary and dynamic in appearance.

The development benefits from basement parking, with the majority of flats having private balconies or roof terraces. These have been orientated to maximise views towards the Cathedral, a feature which ensures a high quality development in this key location in Canterbury.