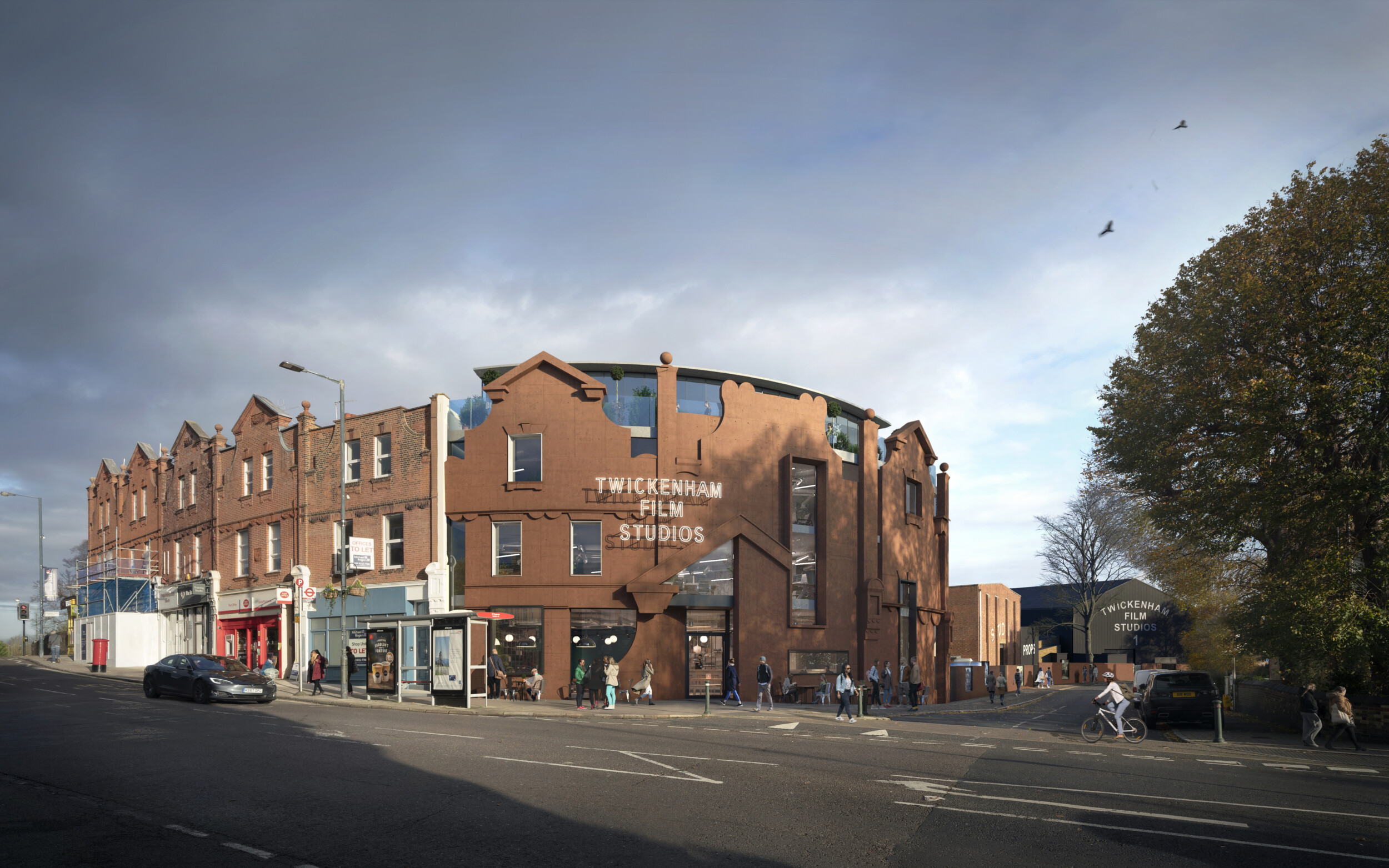 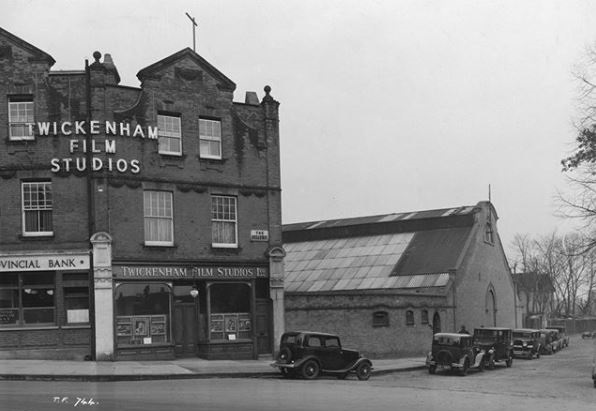 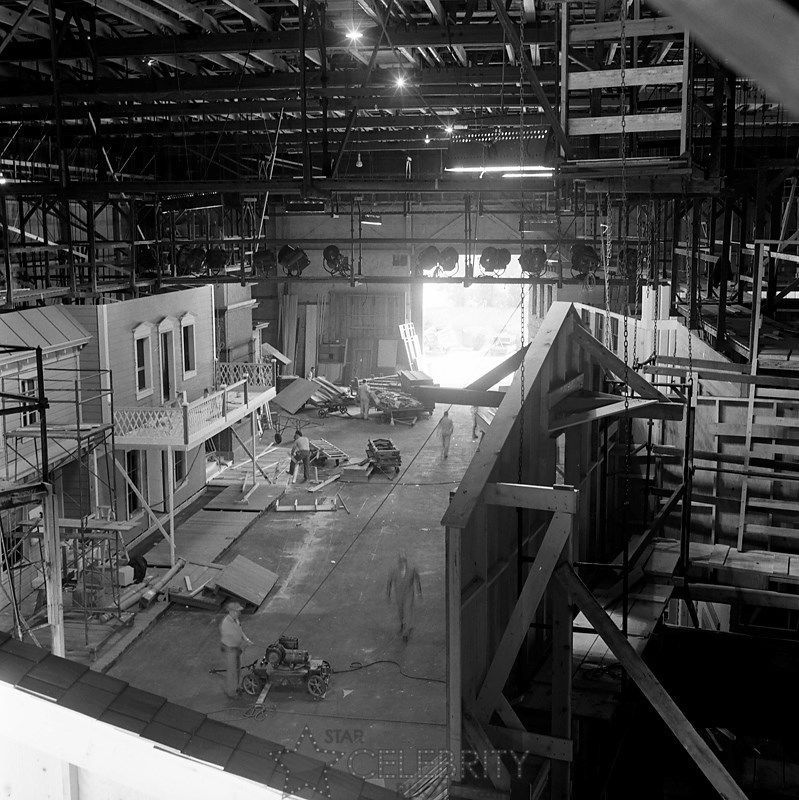 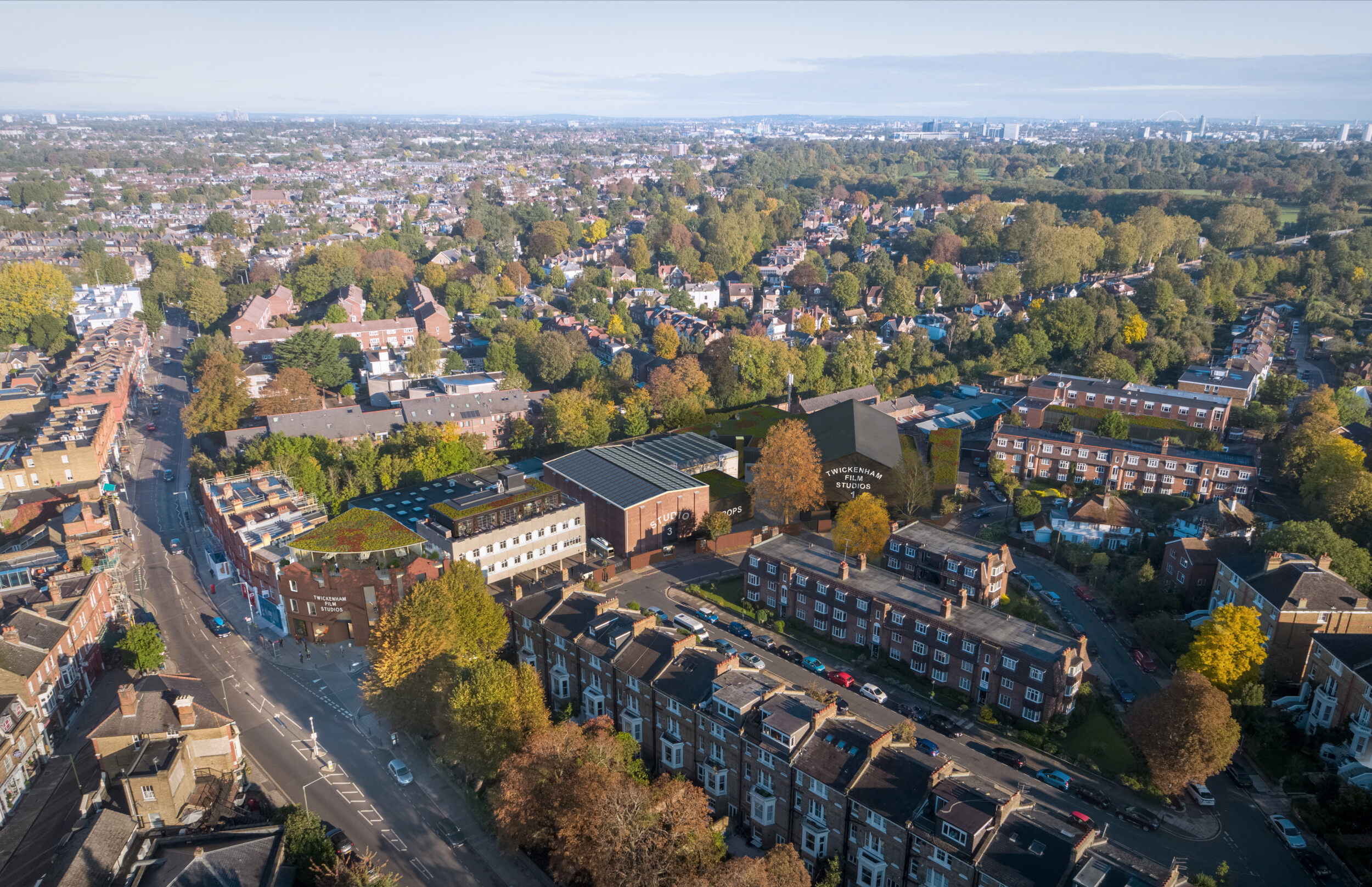 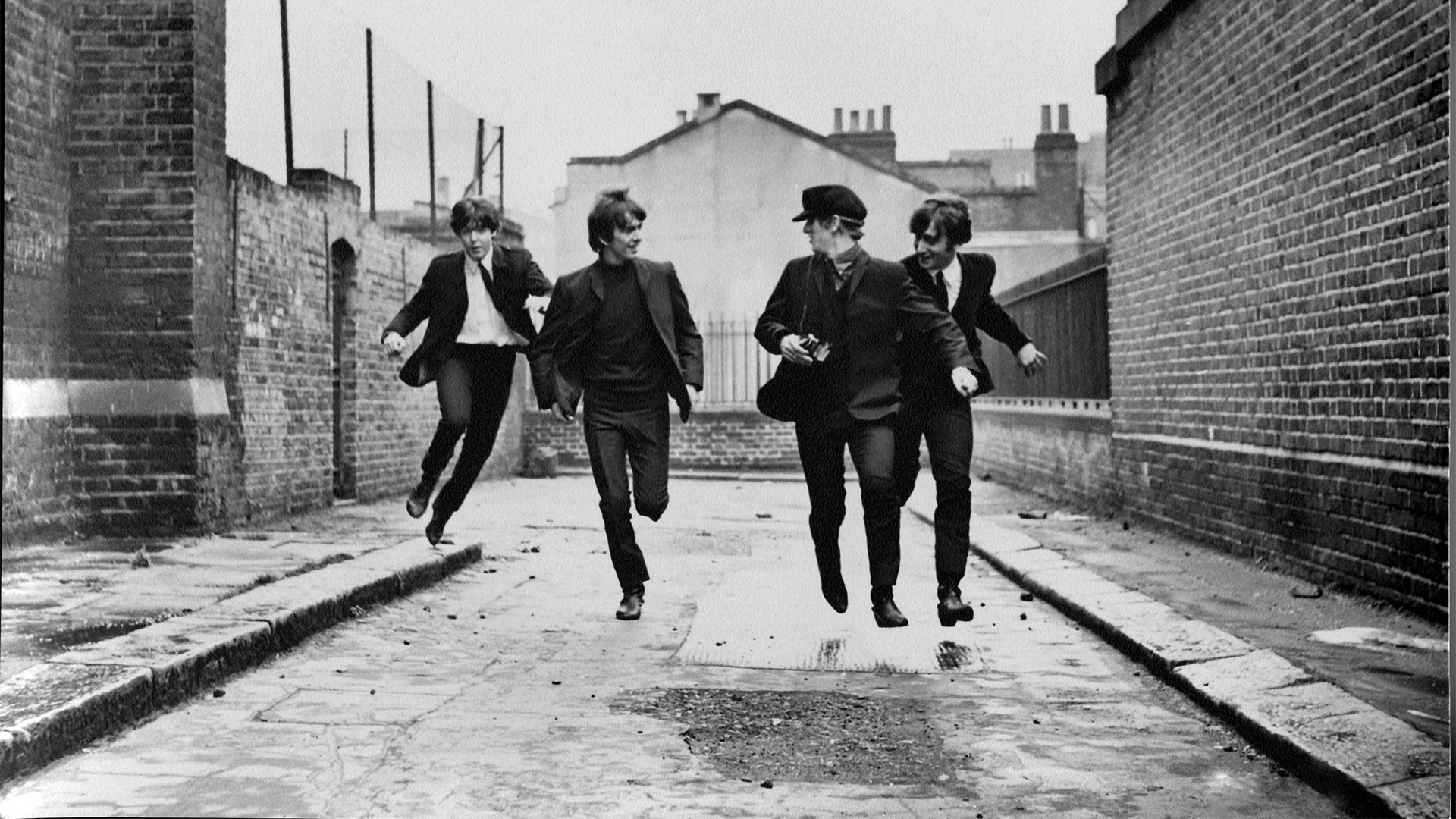 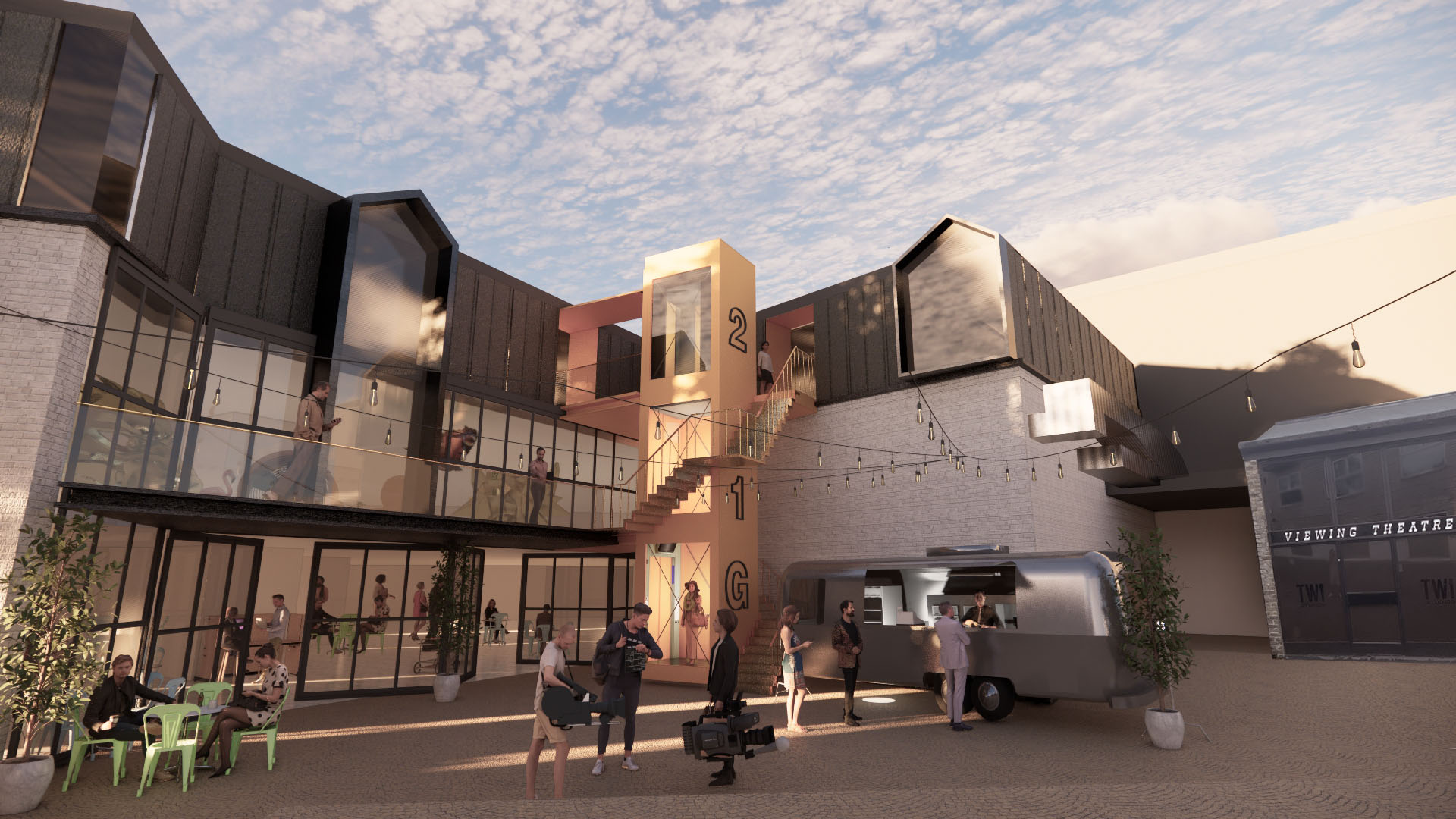 Hollaway Studio have been working on behalf of our clients The Creative District Improvement Company (TCDICo.) and Twickenham Studios London Ltd on an exciting revamp of their historic site in Richmond Upon Thames. Much of existing building fabric across the site will be refurbished, rather than replaced, sustainably enhancing the Studios capabilities, whilst new built forms and architecture cater for the much-needed additional space.

With over 100 years of world class history, Twickenham Studios is London’s oldest film studio, and purpose built to be the largest in the country. Surviving two world wars, despite bomb damage, the studios have played host to countless classics including ‘The Italian Job’, ‘War Horse’ as well as ‘A Hard Day’s Night’, starring The Beatles. This engaging comedy was so successful that The Beatles continued their association with Twickenham Film Studios with ‘Help!’ (1965) and ‘Let It Be’ (1970).

This iconic and reputable success continues with modern day cutting-edge post-production facilities creating Oscar and Academy Award winning productions such as the 2018 films ‘Bohemian Rhapsody’ and ‘Baby Driver’, and 2020’s ‘1917’.

This refurbishment and development opportunity allows the studios to build on their immense success, whilst reimagining themselves into the community, restoring and developing existing buildings on the site to showcase a studio site worthy of the productions produced there.

Tim Gee is development director at The Creative District Improvement Company, which has drawn up the scheme. He said it will ensure the studios “continue to be ahead of the game and a sustainable centre of the local Twickenham and St Margaret’s economy for the foreseeable future – well in advance of 25 years – and continue to make the area proud as one of the homes of movies and TV production.”

Mr Gee added: “This is a very successful business in its own right as it stands today, but its facilities are in need of not just TLC, but a major revamp.”

With all of this history in mind, Hollaway Studios, alongside TCDICo., have put emphasis on respecting and restoring the existing building fabric, whilst weaving in new state of the art facilities allowing the studio users the space they need to expand.

With the campus located just seconds from St Margaret’s railway station Hollaway Studio have re-created a prominent corner building, to form a new entrance building for the studios; this building will create a defined approach to the site, and will house a café and heritage centre open to the public on the ground floor. Above this will sit office and co-working spaces.

The new architecture acknowledges the past in a playful and contemporary way, and continues the rhythm of the terraces, whilst addressing the corner on St Margaret’s Road at its junction with the Barons; similarly to how the historic structures once did.

As if like a stage set, the design concept was inspired by the process of design and construction within the film industry; architectural and decorative features of the historic elevation along St. Margaret’s Road have been examined and manipulated to create a playful and expressive façade. This pays homage to the stage set, providing the public a window into the site and the processes beyond, and allowing people to appreciate the remarkable part that the studios have played in the British film industry.

In order to achieve this detailed façade, moulded panels filled with pigmented concrete is proposed; the pigmentation allows for the new concrete façade to marry into the neighbouring existing Victorian facades, and the detailed casting system allows for the construction of complex and detailed shapes and patterns. This is produced digitally, and fabricated with CNC-milled panels, which are used to cast the concrete either in-situ, or prefabricated off-site.

Hollaway Studio’s focus on the restoration and reconfiguration of the existing has meant that much of the site will remain as is with visual improvements proposed through the careful enhancement of existing architectural features. This sustainable approach ensures less material and construction waste, causing minimal impact to the ongoing activities on-site. As well as external works, internal spaces will be refurbished to modern day standards worthy of the productions that take place.

This means that beyond this contemporary approach, the development creates a visual storytelling experience; users will shift decades into the existing 1970s architecture of the production offices and ‘The Lounge’. The historic imagery that veils Studio 3 will allow the opportunity to delve into the sites history and will also be seen from the public realm.

Studio 1, whilst remaining much the same, will have new PV panels incorporated into its refurbishment and feeding into the sustainable energy use of the site. Proposed signage will introduce Stage 1, reflecting the historic signage that once inhabited the façade along St Margaret’s Rd.

Users will then transported through the sets of the ongoing productions and then further past the studios and into a new boutique cinema which will showcase the works produced in house.

The art department and refurbished post-production facilities will inhabit existing buildings extending into a lightweight roof extension at the rear of the 2-acre site. These extensions have been designed so that they can be pre-fabricated and moved onto site with minimal interruption to the ongoing productions. This approach also means that materials and components will be maximised with minimal waste. With sustainability imperative to the site a number of approaches have been taken including green and blue roofs across all new additions to the site not only increasing biodiversity but also contributing to effective drainage.

These new proposals will look out into the external landscaped courtyard space which will be host to an airstream café and outdoor seating for everyone to meet, eat and socialise.

‘We are excited to be working on such a historic site and one that has contributed so immensely to the film industry as we know it today. Working with innovative materials such as the pigmented concrete has allowed us to design an entrance with a playful façade that not only enhances its historic setting but also pays homage to the events happening beyond.

We look forward to helping Twickenham Studios embrace its history and build on its existing award-winning facilities.’