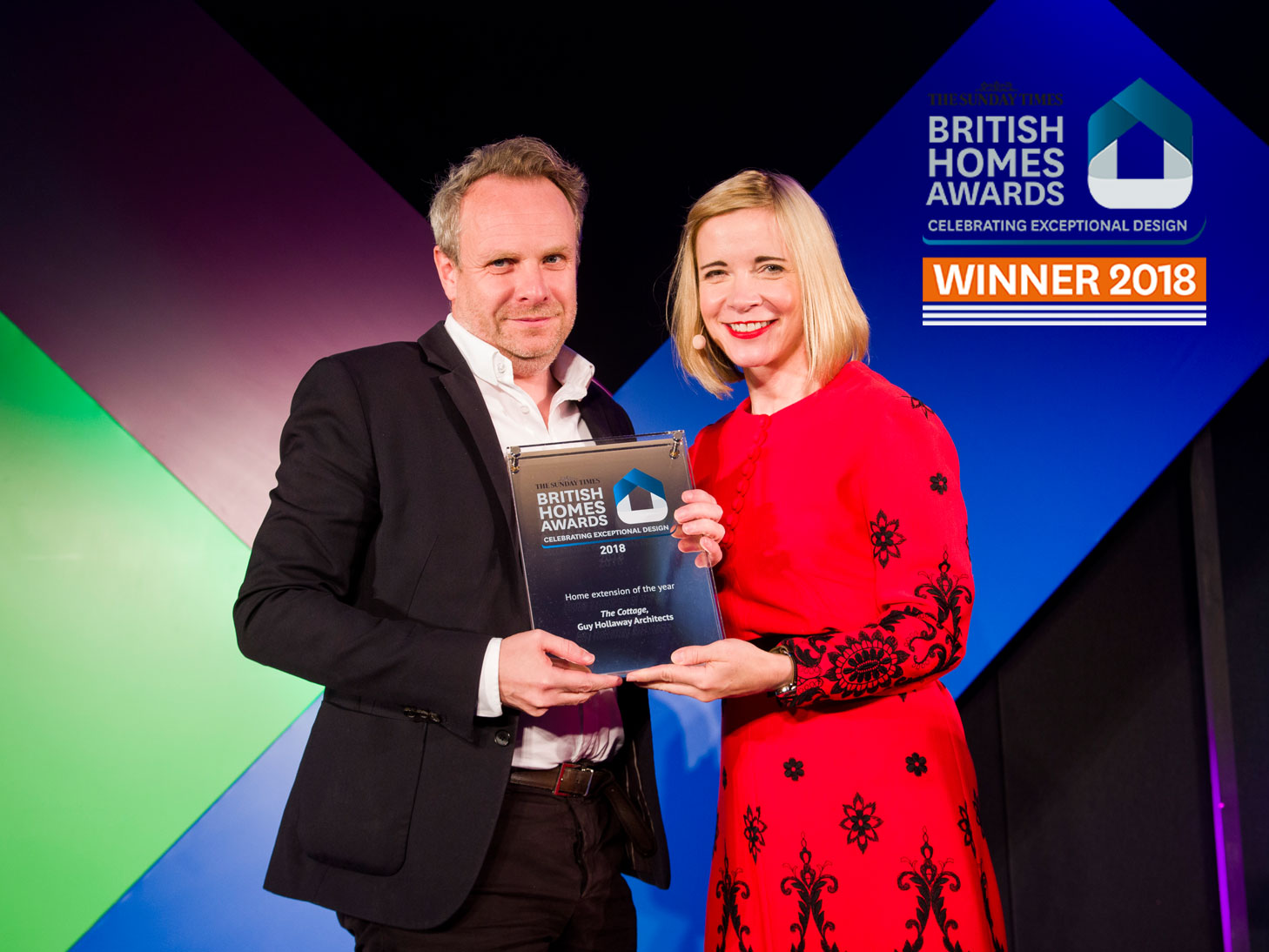 We are honoured to have been declared winners at this years’ Sunday Times British Homes Awards for The Cottage.

Picking up the trophy for Home Extension of the Year, The British Homes Awards’ judging panel praised the end result as “clever and complex.”

The Cottage is the culmination of more than five years’ work by Guy Hollaway to realise his own family home. The project has seen an eighteenth-century cottage in the Kent countryside transformed into a modern home, with the addition of a contemporary extension. The extension, with its kitchen, dining and living space highlights the juxtaposition of old and new, and inside and outside.

The Sunday Times British Homes Awards celebrates exceptional design in all things home. It is the only honours that recognises every aspect of housebuilding — from one-off houses to major developments, interiors to landscaping, individual extensions to place-making on a grand scale.

We are exceptionally proud to have been a part of this year’s ceremony and would like to congratulate all fellow winners and those shortlisted.